Caleb's Adoption Story Part 2: The Redemption of His birth Mom

I read somewhere about a foster child who said that he knew that his foster parents loved him because they loved his birth mom.  It challenged me to think of what it would be like for me to love Caleb's birth mom. How could I hold a place for her in my heart?  I knew very little about her this time last year. All I really knew was that Caleb was taken into custody because he was exposed to drugs in utero. She wasn't allowed to be alone with him in the hospital. She wasn't the one to carry him home. She carried this baby in her womb for close to 40 weeks and when he came out crying and healthy, he was taken from her.  I can't imagine the heartbreak to have a son taken from your arms. This baby who grew in your womb and kicked and prodded and made you tinkle your pants a little bit when you laughed, this baby made from the stuff you were made of, and now he was no longer your son. He was taken away, because of choices you made, but still, he was removed from you.

Honestly, it still gets me.  When Caleb was born, his birth mom, Elizabeth,  was in a really bad place. She was on drugs and was chasing after death with all her heart.  She was not in a place where she could see her son because she had to be clean for 3 weeks in order to earn her right for visitation.  She did come to a hearing in September in which she stated she wanted to present evidence that she was getting her life together.  Then when the evidence hearing occurred a month later she was a no show.  Her life led her on the run and to more drugs and more heart ache.

I had read some statistics of people who get involved in crystal meth. They are not good stats... they are the ones that say if you start this drug the only way to get off of it is to die.  Only 4 % of meth addicts come clean.  Despite the stats, or maybe because of them I started to pray for Elizabeth. I started to ask God to bring her to himself, to redeem her, to give her a new life. I had heard rumors that she was in foster care as a child, that her parents were drug addicts, that her life had been marked by every hard thing that you could imagine.  My heart started breaking for this one whom God loved and I interceded for her. Lord,  would you save Elizabeth, would you bring her to your redemption.  Redemption was the word I kept praying for her. It was my heart that she be redeemed. I wasn't sure God could do it, to be honest, remember the stats?  But God...

In the winter at some point Elizabeth signed over her rights to him. She was in essence giving him up for adoption.  I can only praise God for working in her life to give her the grace to see that loving Caleb meant letting him go.  It meant giving him over to the family that loves him, to the mom who has been snuggling him in the middle of the night when he cries, who has been teaching him to walk, to the dad who wrestles him to the ground and tickles his belly til laughter explodes.  She was letting him go to the family that she had longed for as a child.

In March we had a meeting called an ISP in which the permanency goals for the child are discussed and changed if needed.  Elizabeth showed up to the ISP, and she was accompanied by the director of the Dream Center!  She was in rehab!  She wasn't just in any rehab, she was in a place where she was being discipled in God's words, she was loved, she was celebrated. She was in a place of life. After so many years with death as her constant companion, she was in a place of life.  I was amazed. I didn't know what to do. I knelt in front of her and just wanted to serve her, to show her that she is loved.  It was totally awkward :)  I asked her if she wanted to see pictures of Caleb. She cried and grinned as she saw this baby who has her dimples and perfect eye brows. 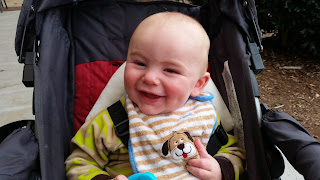 In the meeting I saw how God had preserved Caleb in his mother's womb.  She talked about how when she conceived him she didn't really want to have  a baby but she didn't believe in abortion and she knew there were women who couldn't have children.  Even in the midst of drugs and hard living she had a word from God. It was God who spoke life over her and said carry this child. It was God who gave her a heart for me, even when she was in darkness, light filtered into her heart.

She has been clean now for 7 months!  She is doing so well and has even been placed in a position of leadership among the other women in the center.  Her face is radiant as she is looking to Jesus.  Jesus has removed her shame and given her a new life in Himself.  He is even restoring her to relationships she once knew as a child that were a blessing to her.  God is making all things new.   I am so honored to have been able to play some role in her redemption, even if it is just prayer for her.  Elizabeth is a beautiful woman who God dearly loves and I rejoice that she has given her heart to Jesus.

It is a great miracle that Caleb has become our son.  It is just as great a miracle that Elizabeth
has become a child of God.  We are all adopted in some way.  I am filled with joy.
Posted by Judy at 5:51 PM No comments:


Jeff and I had come to the point that all couples who struggle with infertility come to before their family miraculously expands:  we were totally content with our small family. We were in that sweet spot of making the most of the lives God had given to us.   Zack was old enough to do some of the things that we love doing, we took him skiing and he loved it (a good sign for future ski trips), we were hiking more of our local trails, and getting out and doing some fun adventures. 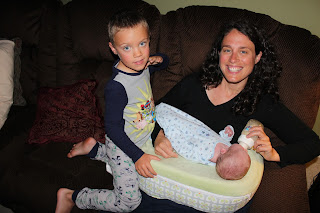 We remained on the foster care roles but more and more because of God's call to take care of orphans and less and less because we wanted to have more children.  We were licensed foster parents for almost 2 years before we actually got a call for a placement.  We knew that we were in God's hands and that if he wanted us to care for a child He would bring that one our way.

In April of 2014 I was looking at shoulder surgery and was in such intense pain I practically ran to the operating table. It turns out my labrum,  and rotator cuff were torn, the joint needed tightening, and I had to have a bone spur removed.  The severity of my problems may or may not have had something to do with carrying Zack down mountains in said ski trip :)  Before I went to surgery on April 24th DHR called me about a 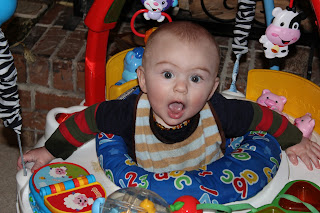 new born placement.  He was to be born in a few days and taken immediately into custody. I agreed to take him and Jeff and I spent the weekend getting out all of the baby stuff so the house would be ready.  It turned out that the mom of this baby went into hiding and he would never come to our home, but the house was ready and instead of welcoming a baby boy I went to the operating table.  Game on for getting the shoulder fixed on April 24th.

After the surgery I was not able to do many of my daily tasks for about a month. It was pretty much humbling times 5000, but by the middle of May I was able to have my arm out of the sling a little and physical therapy was going well.  June 15th we got a call from DHR about a baby boy who needed a home.  We said Yes immediately. It was such a timing of God moment. I wouldn't have been able to care for him when he was born on May 29th. I was not allowed to carry him at that point.  As God would have it our house was already prepared for a baby because of the call we had gotten in April.  God is gracious. 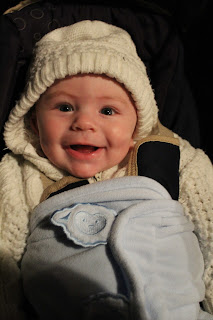 There are so many amazing God moments in this that I am just going to list them for you. I don't want to write a book here or you may get bored and miss the good parts so here are the highlights, or better yet the God fingerprints:
The hand of God is apparent in this entire journey of fostering and now adopting Caleb.  It has been a time characterized by peace and trust, not anxiety and fear. If God is calling you to foster children, please do it! He will certainly fill you with peace and joy, and in the most amazing way you will be able to love on some little humans who God adores. 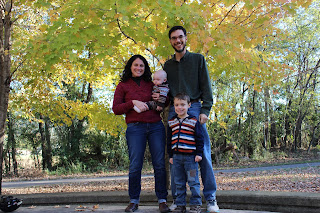 .
I would like to introduce you to Caleb Joshua Webb, "wholeheartedly the Lord rescues".  Indeed he does. 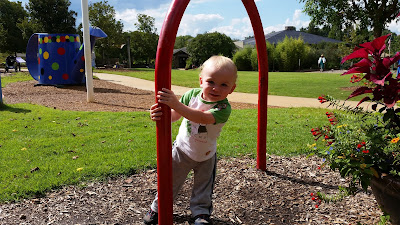